Fawad Afzal Khan (born 29 November 1981) is a Pakistani actor, model and singer who appears in Pakistani and Pakistani television dramas. He has also appeared in Indian films. He is one of the highest paid actors in the Pakistani film industry, and is a recipient of a Filmfare Award, three Lux Style Awards, and six Hum Awards.

Fawad Khan is a heartthrob of Pakistani film and drama industry and is a fashion icon of Pakistan. His popularity is unmatchable. He breaks all the records of most admired man of Pakistan. Khan is one of the highest paid actors in the Pakistani film industry. Speaking of him, director and producer, Abdullah Kadwani said,

"Fawad is the closest actor to Waheed Murad."

"Fawad Khan is a hottie who can melt you with his great looks and make you go weak in your knees with his charisma."

He was Named as The Most Beautiful Man of the year at the 2014 Vogue Beauty Awards.
Indian actress Esha Gupta said,

"After watching Ae Dil Hai Mushkil, every girl in India fell in love with Fawad Khan."

Khan is also the Brand Ambassador of Italian brand Giovanni in Pakistan. He is also the Pakistani brand ambassador for Samsung, Suzuki Vitara, Pepsi, Oye Hoye, Servis Shoes, QMobile and TUC biscuit, and has served as a team ambassador for Pakistan Super League's Islamabad United since January 2016. Khan has walked for fashion designer Munib Nawaz in 2010, Umar Sayeed in 2012, and for the Republic by Omar Farooq in 2015. He completed his A-level from Lahore Grammar School. After that he got the bachelor degree in computer science from National University of Computer and Emerging Science (NUCES). 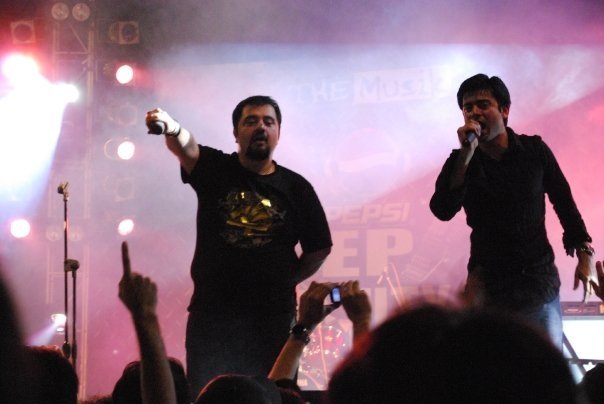 He used his voice and start singing. He joined a band Entity Paradigm as a lead singer. Initially two separate rock bands, Ahmed Ali Butt's Entity and Khan's Paradigm, were both active in Lahore between 1994 and 2000. During the early 2000s, both bands collaborated on the title track of the television sitcom, Jutt and Bond which featured both Khan and Butt. Entity Paradigm's debut album, Irtiqa, was released in October 2003 and received wide critical appreciation, particularly for its popular romantic track "Rahguzar". The band covered Sajjad Ali's "Bolo Bolo" in the third season of Coke Studio in 2010. The same year, their song "Shor Macha" was released. Dawn listed it among the most popular Pakistani songs of the year on the basis of an online poll the newspaper conducted. Khan was featured in its video directed by Bilal Lashari. He said that as a musician he has performed almost 250 shows. Khan left the band in 2012 to focus on his acting career.